$220K+ per Month Patreon Channel You Never Heard Off 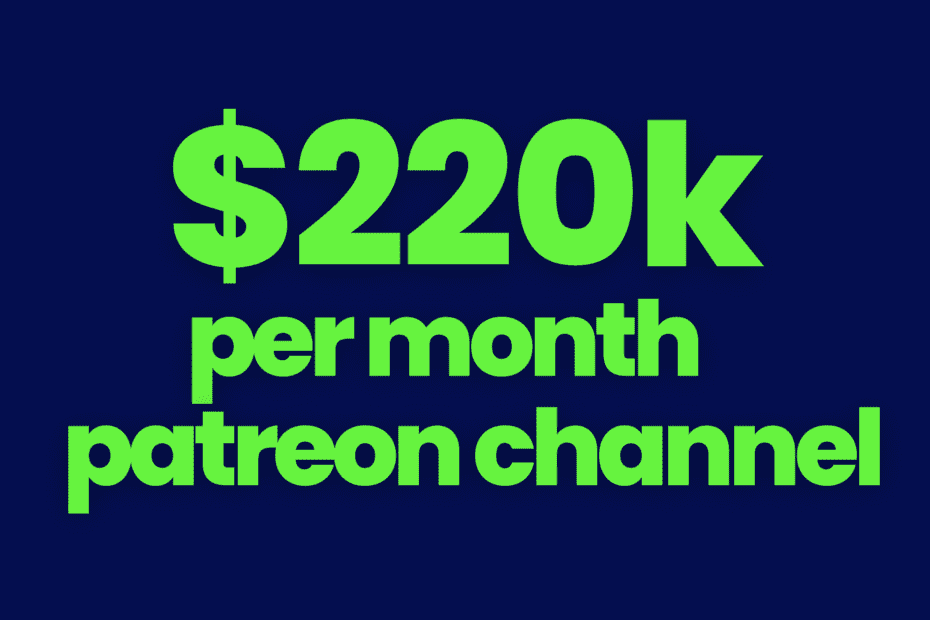 Most thought leaders in the space will tell you its because there are not enough tools but the real reason behind it is, internet is very efficient market place. Unless you have something unique and valuable that is not replicable there is no moat. Every idea that can be replicated will be replicated. This is true not just for creator but for internet startups & businesses too.

Creator economy is a new definition given to a larger existing trend of making money on the internet, which is very fascinating.

Making money on internet gets harder every day but there a one Patreon channel that makes 220K+ with 90% margins (this is of course my guess) and you might have never heard of it.

This is the Patreon version of Tim Dillon (stand up comedian’s) podcast. He also has a free version of the podcast published weekly on YouTube. The Patreon version is additional episodes of the same podcast exclusively for the subscribers. How many additional? well that depends on the week and Ben’s (Tim’s friend and podcast producer) ability to get episodes out (at least that’s what Tim says is the limitation, obviously a joke).

Most of Tim’s podcasts is just him talking about different topics he is interested in while Ben (his producer laughs in the background). That’s it. There are no guests no analysis, its mostly Tim complaining about his family and riffing about any topic that comes to his mind.

But in an entertaining way. And that’s the key ingredient here, all this works only because he is funny or at least 40+ people think he is funny enough to pay an average of $5 per month to listen to additional 2-4 episodes of the podcast.

What ever Tim and Ben do technically can be done by any one on the internet, any one can create a free podcast and create a Patreon channel but the wild success of Tim I attribute to how uniquely funny he is.

The model is extremely simple but works when you can create a sticky audience like Tim has.

The genius to me in this operation is the model, there are no guests involved (only occasionally), there is no production value except a podcasting rig that I assume Ben carries everywhere and a small podcasting studio.

The Patreon currently has ~40K Subscribers which gives Tim ~$220K (as of the time of this writing) per month. This is one of Tim’s revenue sources in additional to monetizing the free version of the podcast on YouTube via AdSense, Brand Sponsorships. Not to forget he is continuously touring doing standup comedy.

How did the first ecommerce store of Patagonia get started?