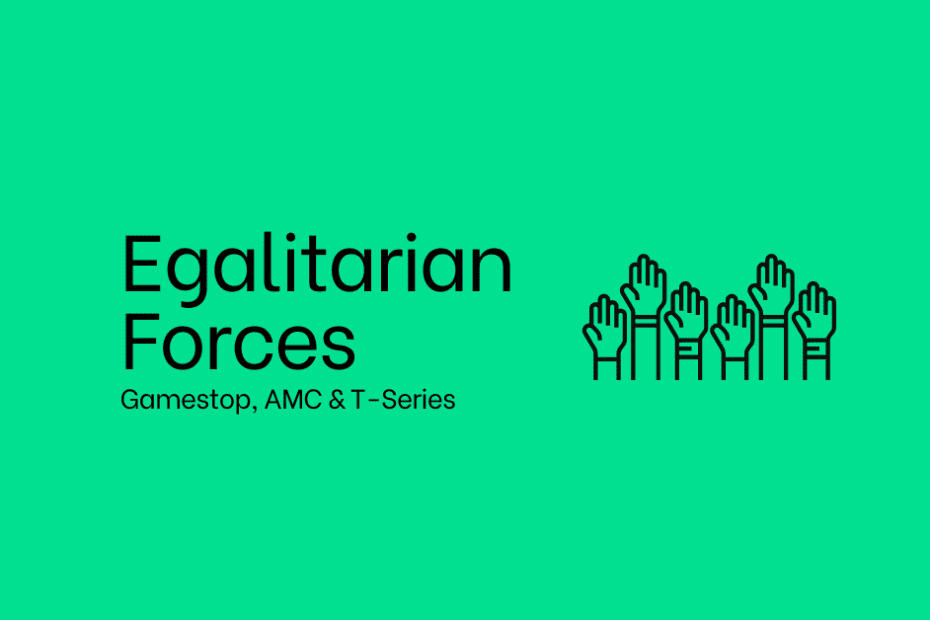 In a way, the tiff between PewDiePie and T-Series to become the largest YouTube channel was a predecessor to the Game stop event. Both events have a common throughline.

They are both driven by massive crowds rallying towards a single goal, motivated by few influencers, and are connected through the network called the Internet.

The phenomenon has been developing for a while and manifested in multiple ways on the internet in recent years.

Be it QAnon, Game stop, or T-Series the underlying forces are the same. They are driven by the followers of a belief, a belief initially led by a few with some reasoning, followed by the many. The phenomenon is common in religions but it took religions hundreds of years to spread the gospel, not 6–9 months. Religions didn’t have access to networks that enable the spread of data within seconds to every follower or future follower, and networks were not embedded with tools to vote for the beliefs of the gospel.

Patreon allows a YouTube channel follower to pay for their content creator, Robinhood allows one to vote with their dollars and choose their favorite SPAC salesman & twitter allows it with a heart-shaped button.

Connected networks with data reaching millions in seconds combined with tools to vote on the beliefs of these networks are giving rise to these “Egalitarian Forces”.

Almost all industries are going to see these forces in different forms.

These new forces are not necessarily good or bad, they are not even about “sticking up to the man”. There will good, bad, and mostly gray movements. They will be about the profit of all kinds.

It is a pivotal point in the journey to the future.