The Didactic Effect on Crowdfunding Will Persist 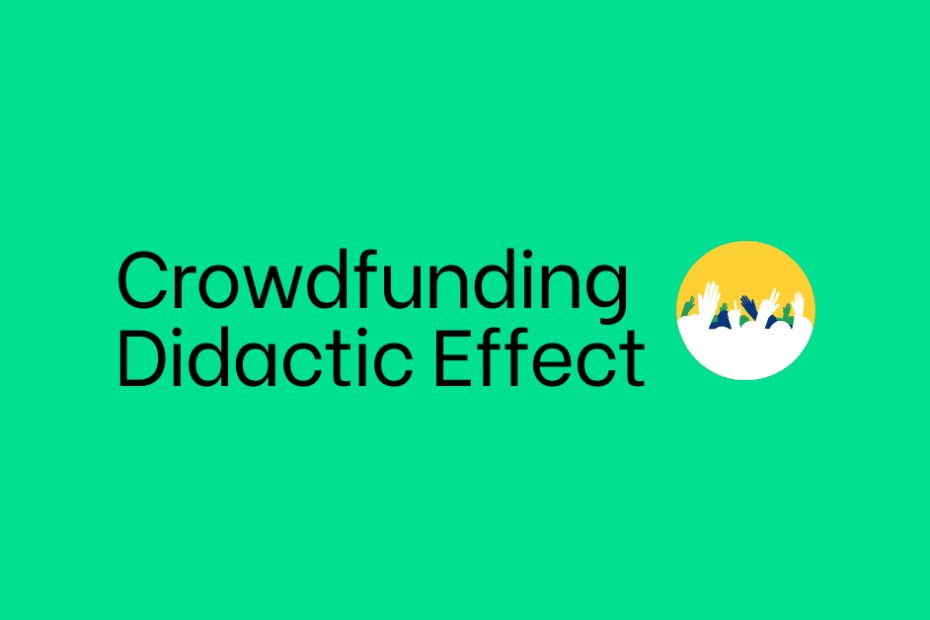 Crowdfunding allows retail investors who are not accredited to invest in early stage companies and get equity in return. This is different than the Kickstarter’s of the world. In Kickstarter campaigns, the backers do not get equity in the company, and often there isn’t even an actual company behind the campaign. Crowdfunding was possible because of the Jobs Act passed during the Obama administration. A slew of platforms like Republic, Start Engine & Seed Invest emerged to facilitate crowdfunding. The pros of crowdfunding are that startups had another way to raise funding, if you are a non-accredited investor looking to invest in startups you had a way to do it. The cons included even if the startup you have invested in a successful startup, you might not be able to reap the benefit of making a successful bet because of a lack of investor protection in crowdfunding deals.

All that is now changed!

Recently a new startup “Didactic” founded by Gagan Biyani (co-founder Udemy) & Wes Kao (Co-Founder AltMBA) announced that they will allow retail investors to invest in their company via crowdfunding. So technically one can invest along sides with Naval Ravikant, Li Jin, Sahil Lavingia, & Austen Allred at a minimum amount of $100.

It cant get more egalitarian than this!

A deal that would be usually limited to high-profile angel investors is now accessible to everyone at a minimum of $100.

The Persistence of Didactic Effect:

The argument against crowdfunding growth is, this is a one-off phenomenon, but it sets a precedent for the long term change that can be expected. There are very many reasons why more high profile deals will happen using crowdfunding. But the main reason why this will continue to happen is the negative customer acquisition cost.

Not all crowdfunding campaigns are successful, meaning not all companies that set out to raise $1M will be able to raise the whole amount. The success depends on the company’s ability to gather a community of small investors around the crowdfunding objective. So naturally, all the companies which have successfully built a community of users are ripe for using crowdfunding as their source of funding. A great example of this is Hackernoon, a company with 8000 freelance writers that were able to successfully raise $1M.

This leads to the approach of how company’s with high signal capacity can look at crowdfunding especially the early-stage consumer-facing ones.

For this, look at the company Move. It is a YC company that successfully raised funding through crowdfunding. And part of their success in crowdfunding comes from the fact that they have given huge discounts for their memberships for those who decide to invest in them. The structure of incentives to the investors made it a no brainer deal to invest in. From Move’s perspective, they have acquired customers for their service at negative customer acquisition cost. That means instead of paying to get customers, they got paid for being a customer. A reversal in the direction in which the cash flowed. In any fundraise, there is smart money & dumb money. Now there is a third category “CAC Money”.

If you have a compelling service these customers will continue using your product/service. The same logic will work for Didactic as well as it is going to be a cohort-based education company.

To summarize for any company that is looking to build a consumer-facing company or has an existing community behind it structurally will be effectively using crowdfunding not only to raise funds but also to create a core evangelist network for the product. The Didactic Effect is here to stay.

P.S: I would like to be known on the internet as the person who coined “The Didactic Effect”.